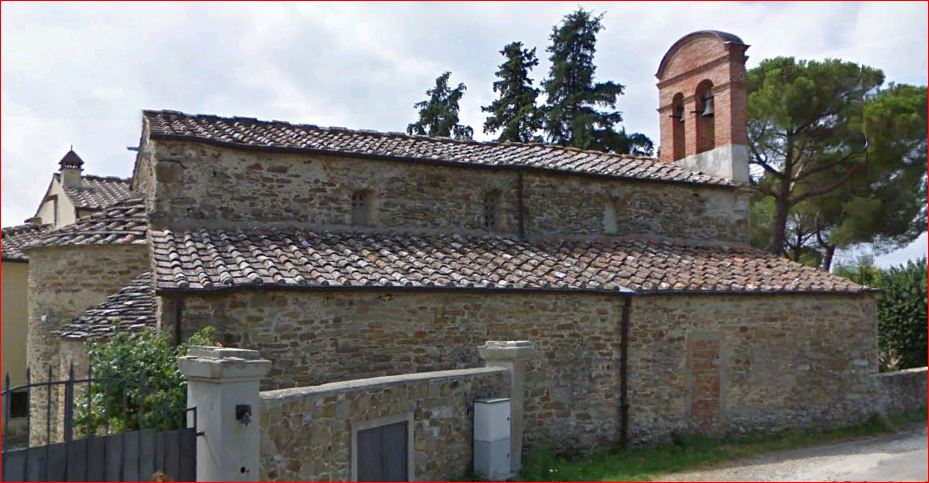 Coming from the village of Capolona, at the crossroads just before Castelluccio keep on the left until you reach an old church on the right side of the river Arno – the Parish Church of St. Mary Magdalene at Sietina. The position of the church is no coincidence: it is actually on the so-called “Parish Church Road”, which since the Middle Ages has been an itinerary on the left side of the Arno connecting all the Casentino parishes from Arezzo to High Casentino. As well as that, a road leaving from this parish church but turning left connected Florence with the Valdarno parishes. The name of the place – Sietina- is probably Etruscan and originates from the word “Satres” (Saturn) , the pagan god being worshipped here in Etruscan and Roman times. The church, mentioned for the first time in 1022, is early Christian and there are some remains of this period, although the structure is medieval. The church has three apses, a nave and two aisles; the walls are covered with frescoes dating back to Renaissance and Gothic periods. Between 1650 and 1720 the church bore some strengthening and transformation works, which led to the opening of some windows. A particular feature of the church is that the floor inside is lower than the ground level . Inside, though, there have not been many changes, as the completely frescoed walls and pillars show. The frescoes have suffered the weight of centuries: only a few of them are still “legible” and some have almost faded away. Yet these frescoes, made over several centuries, are Sietina’s distinguishing features and they who visit the church cannot but be impressed by them. The frescoes can be divided into two groups: The one belonging to the first group were painted in the years 1370-80 by an anonymous painter known as “Sietina’s parish teacher”, the second group includes frescoes of the end of the 15th century painted by another unknown artist belonging to Lorentino and Angelo D’Andrea’s school. Although there is no specific evidence, the pictures might have been commissioned by the Bacci family, rich land owners from Arezzo whose emblem is visible on the architrave of the portal. Owing to its proximity to the hamlet of Castelluccio, the church is not a parish church with its own priest anymore but it has been annexed to and  depends on the church of Castelluccio.